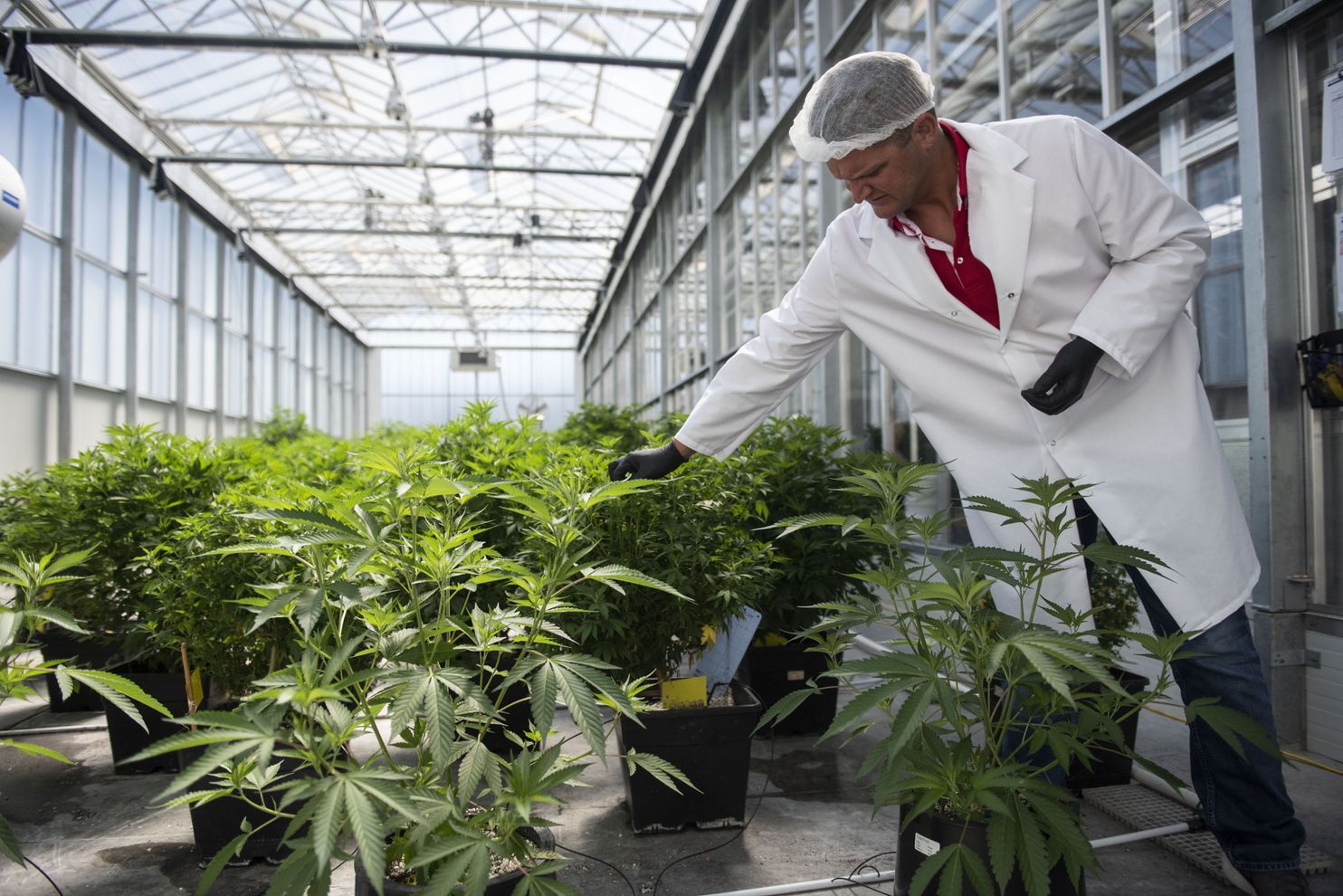 Outside, heavy machinery cleared land for about 30,000 additional plants.

“This is tripling for medical,” said owner Jake Van Wingerden, a former chairman of the Maryland Wholesale Medical Cannabis Trade Association. “We’re ready to double again if recreational comes along.”

After a rocky start, Maryland’s medical cannabis industry is expanding. Cultivators across the state are dramatically adding capacity — to meet the needs of patients floodingthe market and to potentially service recreational users in the future.

Industry analysts had predicted the market would gross $60 million in sales by its third year. But by the end of its first year, in December, purveyors’ gross sales surpassed $96 million.

Then lawmakers authorized the sale of edible cannabis products.

Three new growers are setting up shop alongside the 15 businesses that secured cultivating licenses three years ago. Regulators are expected to approve another four growing licenses by the end of the month, bringing the total number to 22.

This week, Van Wingerden will host a SunMed tour for politicians trying to devise what a regulated adult-use market should look like and determine how much of it should be modeled on the state’s medical-marijuana program, which was approved in 2013 but did not begin sales until late 2017.

Employees at SunMed package medical marijuana. (Michael Robinson Chavez/The Washington Post)
A successful and stable medical cannabis industry could buttress arguments that Maryland is ready to embrace recreational legalization, an option that is gaining appeal in some circles as a way to finance the state’s landmark education plan.

Brian Lopez, who chairs the Maryland Medical Cannabis Commission, said he believes growers are adding capacity in anticipation of “the adult-use coming.”

Among other things, lawmakers are weighing how to structure a recreational cannabis industry so that it would displace the existing black market, prevent a spike in underage use, generate enough tax revenue to make it worthwhile and help communities disproportionately impacted in the past by marijuana-related arrests.

Matt Darin, co-founder, and chief operating officer of Grassroots Cannabis, said Marylanders have embraced the use of marijuana for medical purposes more quickly than residents of the 10 other states in which the company operates.

He said he believes the difference stems partly from social shifts: People have become more comfortable requesting the drug, and doctors with recommending it. But Maryland also crafted a patient-friendly program, Darin said, which compared to elsewhere has a more generous list of conditions that qualify for treatment.

“We’re hustling to expand our production,” said Darin, whose company is tripling growing space in its warehouse in Taneytown, east of Frederick near the Pennsylvania border.

Regulators noted that there is still substantial room for growth in the medical cannabis market in Maryland, which has opened 82 dispensaries across the state in less than two years.

In most states, medical marijuana patients account for 1 to 4 percent of the population, said William C. Timburg, the cannabis commission’s director of policy and government affairs. In Maryland, the 70,000 registered patients represent a little more than 1 percent of state residents. In theory, that means the medical marijuana market could quadruple.

Jake Van Wingerden shows the area for the expansion of SunMed Growers. (Michael Robinson Chavez/The Washington Post)
The commission was overwhelmed this spring with about 1,200 patient inquiries a day, on top of about 300 applications to become a registered patient — an onslaught so great the agency purchased an emergency call center to deal with it.

As the industry expands, it’s also working to remedy problems — namely that minority-owned companies were largely shut out during the first round of licensing. For the round of business approvals underway, the cannabis commission identified 61 disadvantaged Zip codes and awarded an extra 15 points to applicants from those areas, provided they meet other socioeconomic and residency requirements.

Existing growers said their expansions also reflect an easing of the regulatory hiccups, legal challenges and political controversies that threatened to throttle the industry in its early days.

Maryland lawmakers dedicated few resources to launching the industry, relying on a panel of volunteers to come up with a way to regulate and administer it. The General Assembly also spent a few years debating how to restructure the industry’s regulations and passing new laws to expand how many companies could hold licenses to grow or process the drug.

[A cautionary tale about medical marijuana and opioid deaths]

As the industry has taken off, some jurisdictions that initially were reluctant to embrace it have shifted their stances. Carroll and Anne Arundel counties, for example, have loosened restrictions on the businesses.

Last week, the University of Maryland’s School of Pharmacy launched its inaugural master’s degree program in medical cannabis and therapeutics.

And growers are carving out niche products in an attempt to differentiate themselves and corner market share.

Barch, who owns the growing firm Culta, categorized his marijuana brand as similar to that of a craft beer — artisanally grown and sought after by connoisseurs but not hard to find. Think Dogfish Head beer.

“We want to be everywhere,” he said from his greenhouse in this rural corner of the Eastern Shore, where he grows more than 100 strains. Among them: Lemon Skunk (for depression), Qrazy Train (for anxiety) and Shark Shock (for epilepsy).

The General Assembly has created a workgroup to determine how the state could structure a legal market. Recommendations are due by the end of the year, in time for debate during the 2020 legislative session.

Gov. Larry Hogan (R), who in the past has said legalization should wait until the medical cannabis industry stabilizes, declined an interview request last week.

Officially, the cannabis wholesale industry is neutral on whether Maryland should legalize the drug for adult use. But several individual growers said they’d prefer to wait a few years before it launches since patient demand is already so high.

“We should allow other states to blaze a path forward,” Van Wingerden said. “Then we should model it after another state where it works. We have worked hard. We have spent a ton of money. We’d like to operate for a few years — let it settle — before we have another round of fights in Annapolis.”