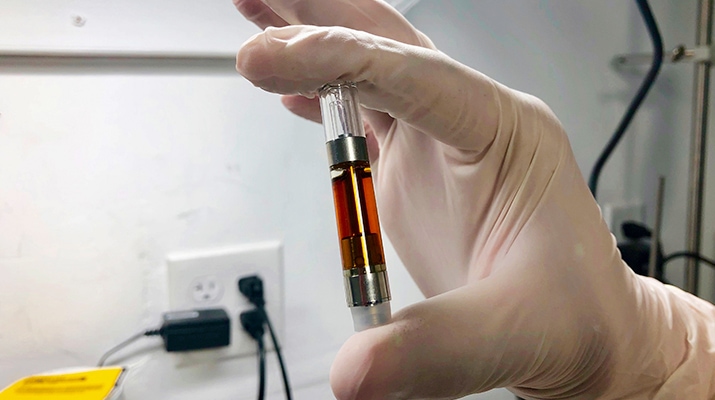 The Maricopa County Sheriff’s Office (MCSO) has confirmed that for about 4 years it has been producing marijuana extracts (concentrates). Their program is intended to help prosecutors and law enforcement officers understand the marijuana flower-to-concentrates ratio.

Phoenix attorney Tom Dean was approached by another attorney regarding a marijuana extracts case, which brought the news of this covert program to light, AZ Mirror reports. Dean received a report from MCSO detailing the extent of the extraction lab’s capabilities and process. Initially, it appeared that the MCSO was attempting to make it look as if they had just started creating extracts following the Arizona Supreme Court’s ruling in May that legalized extracts in Arizona.

Dean said, “They want to come up with a ratio, if you will, for the flower to concentrates.”

The Arizona Department of Health Services (ADHS) still hasn’t determined a standardized ratio regarding how much dry flower it takes to create a specified amount of concentrate. If the MCSO and ADHS end up determining two different ratios, then it’s unclear which method of measurement will be used.

MCSO claims it created an “information only” report from the results of their own testing procedures following the Supreme Court’s ruling.

One detective said he’d “been conducting chemical and mechanical extractions in training for students to watch to understand the process for at least 5 years” and that his “group has been conducting weekly extractions of cannabis oil using non-polar (butane) extraction method since March 2018.”

MCSO said, “For over 4 years the unit has been training first responders on the hazards of butane honey oil extractions, and the methods cannabis is manufactured from marijuana. For example, one method is to run butane over the marijuana to show how basic cannabis oil is manufactured, as well as the flammable and explosive hazards of that process. (The task force) provides officers and investigators training and prepares expert testimony for prosecuting agencies throughout the state. Therefore, when the question of ‘can a person possess (x amount) of cannabis and still be covered under the immunities offered under the (medical marijuana laws)?’ arises, (the task force) needs to develop a baseline to answer or opine based on training and experience and support that with facts and evidence if possible.”

Dean mentioned that the flower-to-concentrate ratio matters because medical marijuana patients need to know the weight of their cannabis concentrates in order to remain within the legal weight. The difference can mean immunity versus a felony.

It is unknown when the ADHS will determine the ratio.