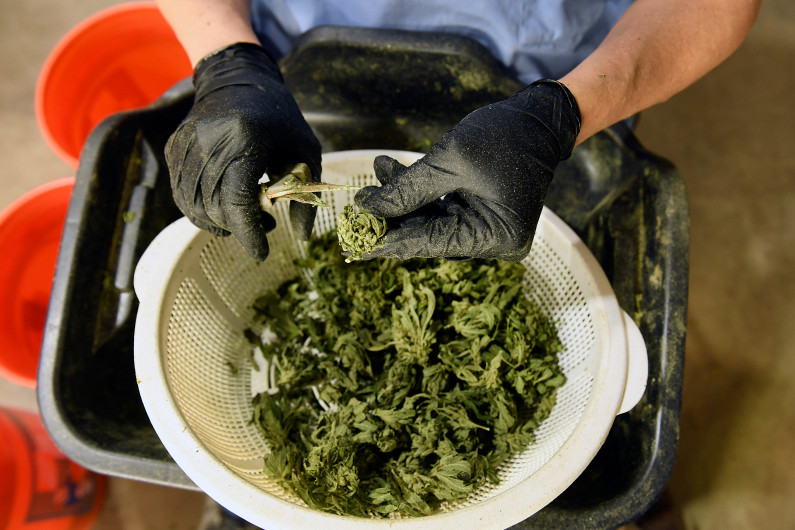 Like a hiker with a fourteener fix, the price of wholesale pot just keeps climbing in Colorado, according to the state statistics.

Between May 1 and July 31, the average price of a pound of dried marijuana sold wholesale to stores hit $999, according to the Colorado Department of Revenue. That’s a nearly $150 jump over the $850 average the state recorded in July.

The $999 average market rate price, a figure used by the state when assessing its 15% excise tax on retail marijuana sales and transfers, takes effect Oct. 1. It marks the fourth straight three-month reporting period during which the cost of bud rose. In October 2018, a pound was going for $759 on average.

RELATED: More of the legal marijuana sold in Colorado is increasingly for recreational use
The average cost of buds destined to be turned into extract products also rose during the reporting period, hitting $254, up from $227. Whole undried plants rose to $173 per pound from $152 and average seed costs rose to $5 each from $4. The prices of wholesale trim and immature plants were flat at $325 per pound and $8 apiece respectively.