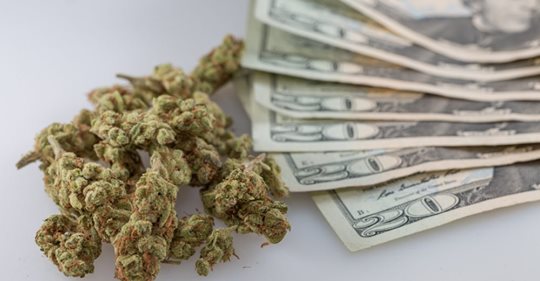 Regulators won’t punish credit unions simply for working with marijuana businesses that are operating in compliance with state laws, the head of the federal agency that oversees the financial services providers said in a new interview.

“It’s a business decision for the credit unions if they want to take the deposits,” Hood told Credit Union Times, adding that the financial institutions must follow existing federal guidance and ensure that the businesses they choose to service are not violating anti-money laundering laws or other rules.

“We don’t get involved with micro-managing credit unions,” he said.

While the comments don’t signify a new shift in policy, and don’t take into account the fact that the Justice Department still maintains authority to potentially prosecute credit unions that allegedly violate the law by banking marijuana proceeds, they are the latest indication of a growing consensus that federal action is needed to clarify the situation.

Uncertainty around banking in the state-legal marijuana market has been a hot topic in the 116th Congress.

Legislation that would shield banks and credit unions that take on cannabis clients from being penalized by federal regulators was approved by the House Financial Services Committee in March, and the Senate Banking Committee held a hearing on the bill last month. That panel’s chair, Sen. Mike Crapo (R-ID), said last week that he agrees a solution for the industry is necessary.

Though the NCUA head didn’t endorse specific legislation to give credit unions peace of mind when dealing with cannabis businesses, he did float the idea of descheduling marijuana as one way to provide unambiguous clarity for financial institutions.

“Hood said that Congress could remove all ambiguity if it enacted legislation to declassify marijuana,” the trade publication reported after its interview with the official.

Separately, the independent federal agency recently took one proactive step toward reforming policy partly in response to state-level legalization efforts. In a notice published in the Federal Register last week, NCUA proposed changing its rules so that individuals with prior low-level drug convictions would be allowed to work at credit unions.

Though bank and credit union representatives are calling for enhanced clarity when it comes to cannabis banking, more financial institutions do seem willing to take the risk anyway, with federal data showing a notable uptick in the number of marijuana-servicing banks in the last quarter.