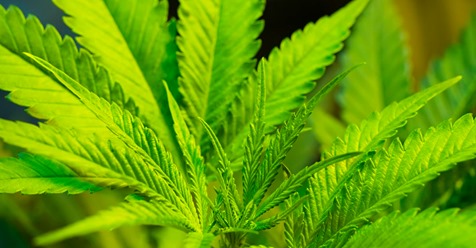 The executive director of the state commission tasked with overseeing the regulation and implementation of Maryland’s medical cannabis program has announced her resignation.

Joy A. Strand, a health care executive who joined the Maryland Medical Cannabis Commission on December 2017, led the commission for nearly two years.

Will Tilburg, the agency’s director of policy and government affairs, will serve as acting executive director, according to the release.

Strand’s departure comes as the state’s medical-marijuana program continues to expand. The commission is in the middle of selecting companies to award one of the state’s 14 new growing and processing licenses in a process designed to increase the participation of minority- and women-owned businesses.

A Maryland General Assembly task force began studying the possible legalization of cannabis for adult use in June, and retail sales for products sold in licensed dispensaries have topped $128 million through July this year. Equity and diversity issues in enforcement and licensing remain a concern, with some lawmakers and advocates pushing for legislation that would fully legalize the drug for recreational use.

[Most read] Rock star Ric Ocasek of The Cars, a Baltimore native, found dead in New York City apartment, police say »
The commission also will undergo structural changes starting at the end of September. Under a bill passed in 2018 by the state legislature, the terms of all 16 commissioners expire Sept. 30, and the total number who may serve will be reduced to 13. Gov. Larry Hogan may reappoint current members. Some professional roles on the commission also will be reduced, including representatives of the Office of the Comptroller, law enforcement and the University of Maryland Extension service, the commission said in a news release.

“Thanks to her leadership, the Maryland medical cannabis program is among the nation’s leaders in safety and equity,” Lopez said in a statement.