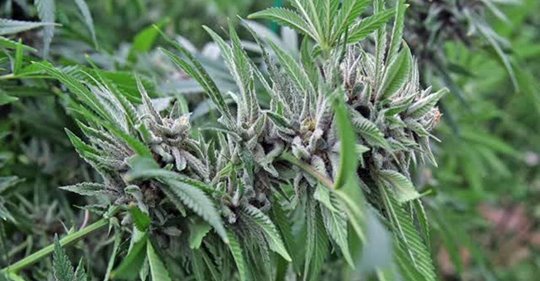 In a move uncharacteristic of the cannabis market in Florida, an Atlanta broker is searching for the next owners of two highly sought Florida medical marijuana licenses.

Aubrey Logan-Holland, the CEO of a relatively new firm called Blue Dream Industries, is listing the licenses, or “paper” in industry-speak, for about $95 million in total.

One license is going for $40 million and allows the owner to operate no more than 30 retail stores. The other license is selling for about $55 million, with the rights to open up to 35 retail stores. In addition to the actual license, this deal includes a greenhouse for cultivation.

“Whoever acquires this asset will get a chance to stake their claim in one of the biggest medical markets in the world,” Logan-Holland told the Miami Herald. “It’s a good state to do business.”

The process of acquiring a medical marijuana license in Florida is arduous, and running the company is also challenging. Florida’s medical marijuana industry is vertically integrated, meaning the license holder is responsible for growing, processing, testing, marketing and selling the product without middlemen or contractors.

Marijuana licenses in Florida have been historically scarce and expensive. Until April, there were just 14 businesses licensed to sell medical marijuana in the state. Now there are 22, but only 13 are active. Eight more were awarded as a result of a settlement in a suit that applicants filed against the state Department of Health after being denied licenses the first time they applied.

Licenses in Florida have been flipped for as much as $67 million, making it attractive for those looking to invest.

Once acquired, the licenses are lucrative. The Florida medical marijuana industry is projected to generate more than $1.1 billion in annual revenue by 2022, according to Arcview Market Research, a subsidiary of an investment group for the cannabis industry.

Maine on track to launch recreational cannabis sales by spring 2020