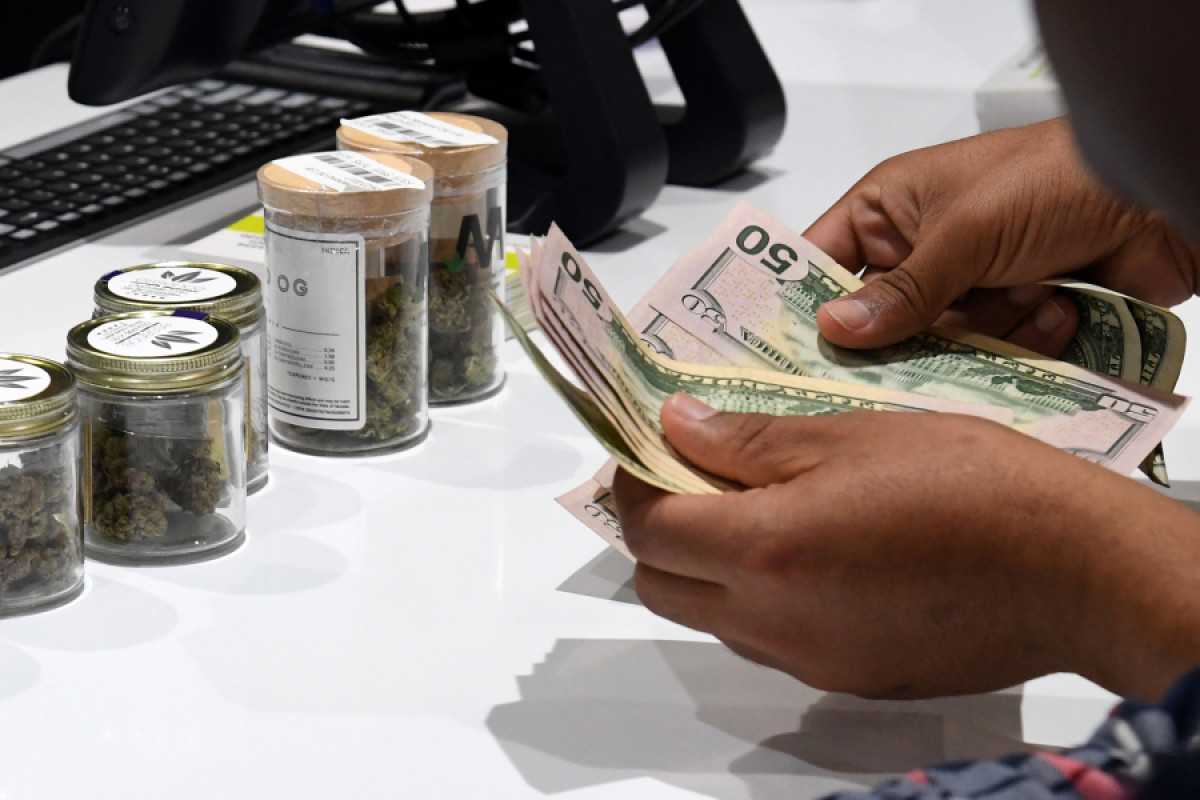 In a landmark first step toward normalization of the cannabis industry, the House of Representatives voted overwhelmingly Wednesday to pass the SAFE Banking Act, a bill that would provide state-legal marijuana businesses with full access to banks and other financial services, as well as allow consumers to use credit- and debit cards when buying legal weed.

The 321-103 vote followed spirited debate on the House floor. “The states aren’t waiting for us,” said Rep. Earl Blumenaur (D-OR). “This is an $11 billion industry and growing. And it’s growing because the people and the states are demanding it. We need to step up.”

“This bill is about public safety and protecting states rights,” said Ed Perlmutter (R-CO), the lead sponsor of the bill. “This one gets the cash off the streets.”

Under current federal law, banks that service the cannabis industry run the risk of being prosecuted under statutes crafted in line with the War on Drugs. “If you do business with the cannabis industry, you can be liable for breaking money laundering laws,” says Michael Correia, director of government relations for the National Cannabis Industry Association. Punishment can be draconian, including stripping a bank of its FDIC deposit insurance.

he lack of routine banking services has forced many marijuana firms to operate only in cash, making them a target for robberies, while also creating a slippery slope to tax evasion. This has created an untenable situation Sen. Ron Wyden, a Democrat from pot-legal Oregon told Rolling Stone this summer. “I can’t for the life of me figure out why people would want to have folks walk around practically with wheelbarrows full of cash,” he said, “not letting them use the banking system.”

While the industry has found some support from local banks and credit unions, national banks have been wary. “National banks, Wall Street banks — they have more at risk, and they want to have more certainty,” says Correia. The SAFE Banking Act would bring the industry out of the shadows as far as financial services are concerned. The legislation does nothing to change marijuana’s status as a Schedule I drug under the Controlled Substances Act, but it prohibits the federal government from cracking down on banks for treating state-legal cannabis firms like any other business.

House passage of the SAFE Banking Act is historic. It marks the first time congress has acted to carve out protections for state-legal recreational marijuana. “The federal tide is turning,” NORML Political Director Justin Strekal said Wednesday. “The era of Congressional inaction is over.”

Although most pot bills have a liberal bent, this legislation is backed by many conservatives, including the free-market R-Street Institute. The size of the state-legal cannabis market — projected to grow to $30 billion by 2025 — is getting too big for banks to avoid risk under current law, argues senior fellow R.J. Lehmann: “It’s so large that even banks that have eschewed the business can’t help but be enmeshed in it,” he writes. “Whenever a mortgage is written for an electrician who did work for a dispensary, there is a nexus with this gray market.”

Speaking to the unpredictable politics of the measure, leading criminal justice and drug policy activists are unhappy that the SAFE Banking Act has moved on its own. The ACLU, the Drug Policy Alliance, and Human Rights Watch among others wrote a joint letter to House leaders last week: “The banking bill does not address marijuana reform holistically,” they wrote, and primarily serves to “benefit the marijuana industry, not communities who have felt the brunt of prohibition.” In no uncertain terms, the coalition concluded: “We believe it is a mistake to move this issue forward while many of the other consequences of marijuana prohibition remain unresolved.”

Prohibitionists have reacted strongly to the House passage of the SAFE Banking Act, because they too see it as a sea change from Congress. “Banking access for the marijuana industry will put pedal to the metal on Big Marijuana exploiting communities of color and low income,” said Abu Edwards, Director of State Affairs for SAM Action, an offshoot of Smart Approaches to Marijuana, founded by former Drug Czar deputy Kevin Sabet.

Edwards highlighted the rash of vaping related illness and the surgeon general’s recent warning about the potency of today’s pot to warn against Senate passage of the bill. “With such a hazy understanding of the health effects of high potency marijuana and potentially fatal products on the market,” Edwards said, “any expansion and promotion of increased marijuana use is misguided.”

With House passage, the bill now moves to the Senate. The legislation has been sweetened to appeal to key Republican senators, including language to protect hemp businesses that are dear to Kentuckian Mitch McConnell, the Senate Majority leader. But the bill’s fate in the upper chamber remains uncertain.

Why Building Intellectual Property In The Cannabis Industry Is So Difficult