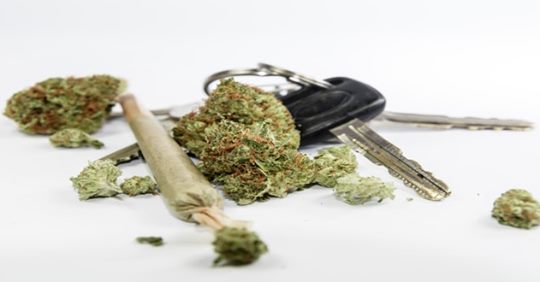 Those are the words of my good friend Jonas Ahmed, who quit his job as a restaurant manager a few years ago to become a full-time Uber and Lyft driver.

He initially started working just a few days a week for Uber in an effort to earn some extra income to help pay off his student loans. Unlike those who are demanding “loan forgiveness,” also known as “not paying your debts,” Jonas wanted to pay off his loans as soon as possible, knowing full well that debt is the biggest obstacle to wealth creation.

“At first, the money was fine,” he said. “It helped fill my tank, buy groceries, and gave me a little extra on the side. It wasn’t a career move. Just a way to get some pocket money.”

But that pocket money scenario changed rather quickly when Jonas had an epiphany.

As he explains it, a couple college freshmen got into his car one afternoon and asked if there was a dispensary on the way to their destination. They had just moved to Colorado and were eager to sample some of Colorado’s finest herb.

Being a cannabis consumer himself, Jonas offered to take them to his favorite dispensary before dropping them off at their dorm. He went in with them, introduced them to his favorite budtender, and waited patiently for them to make their purchases. Then he took them home and enjoyed a sizable tip for doing them that favor.

Later that night, Jonas went back to his dispensary to buy a gram of Sour Diesel. His budtender friend told him that the women he brought in ended up buying more than $500 worth of products. He then peeled off $50 for Jonas and told him he’d give him 10% of any sales he brought in through his riders.

The light bulb went off in a glorious fashion, and Jonas developed a brilliant plan.

A Full-Time Hustle
Jonas pulled a lot of rides from the airport, and he met all kinds of people.

College students, retired baby boomers, business travelers. And a good portion of these folks, he figured, were cannabis consumers or cannabis curious. So he started to check out all the events in Colorado that would bring in people who might want to stop by a dispensary before arriving at their destinations.

He figured out when college students would start arriving before freshman orientations.

He figured out which conferences were coming to Colorado that might bring in out-of-towners who wanted to enjoy the privilege of legally buying cannabis at a dispensary.

He even put together a database of concerts in the area that would likely attract cannabis consumers and built his work schedule around all of these events.

Of course, you can’t just ask riders if they want to hit a dispensary as soon as they get in the car. So what he did was put small “advertisement” in the back seat of his 2010 Toyota Prius.

Above a basket of bottled waters and small bags of chips and candy is a sign that reads:

Thanks for riding with me. Please enjoy some complimentary snacks, and let me know if there’s anything I can do to make your ride more enjoyable. Need to stop at a grocery store, drug store, or marijuana dispensary along the way? Just let me know. No extra charge, although tips are appreciated.

Although most folks won’t come out and ask a driver to stop at a dispensary, that small sign instigated more requests for dispensary stops than Jonas had ever imagined.

Today, Jonas no longer works as a restaurant manager. He’s a full-time Uber and Lyft driver that, as he puts it, “hustles weed on the side.”