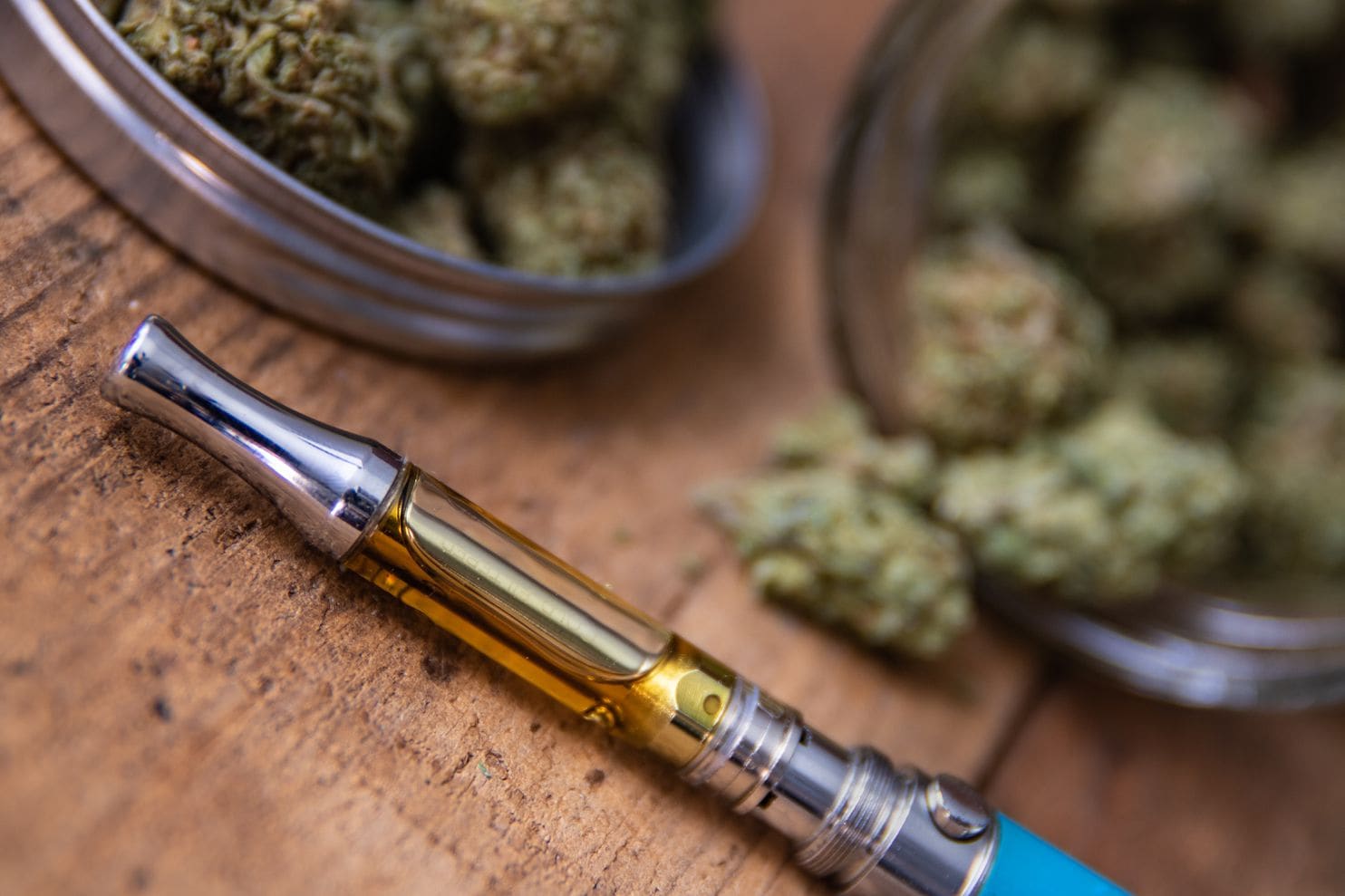 For most of her life, Melanie Brown suffered from debilitating migraines. They were disruptive to the point where she was unable to leave a dark room for the better part of three days, leaving her sick to her stomach and vomiting. The headaches affected her ability to parent.

In 2009, while living in Colorado, where medical marijuana was legal at the time, Brown became aware of the therapeutic effects of cannabis, including documented cases of the plant relieving the pain of migraines or stopping them altogether. Though she had rarely consumed cannabis previously, Brown got a prescription. When she felt a migraine coming on, she took a hit of medical-grade marijuana from a vape pen and she says her symptoms vanished. No more three-day sequestrations. “I was able to be more of a productive member of society,” the Brown, now 43, says.

As soon as she realized cannabis was a viable treatment option for her migraines, she informed her children, then 5 and 8 years old, of her choice of medication. Her kids were old enough to recognize the severity of her headaches, so they understood the marked difference in their mother with cannabis as her medicine, says Brown, who now lives in Antelope Valley, Calif. “They know I use it for my migraines, and it makes them go away quickly and I’m a better parent because I’m not stuck in a dark room.”

Cannabis fulfills many roles in people’s lives — as a pain reducer, to help relieve the side-effects of chemotherapy, as a social salve — and legalization is bringing the usage of the plant into more homes. Parents are finding it necessary to have frank discussions about their use of the plant, both with their children and other parents.

“No matter how old your kids are, you have to be honest with them,” says Cheryl Shuman, the CEO, and founder of Beverly Hills Cannabis Club.

Shuman began consuming cannabis in 1996 at the recommendation of a therapist she was seeing to treat PTSD after a sexual assault. The antidepressants she had been prescribed left her in a fog. Her therapist thought cannabis would positively impact her mental health without the side effect of sluggishness.

Although Shuman was an activist who lobbied for the legalization of cannabis in California in the 1990s, she was not a consumer. But when she took a puff from the joint her therapist had provided during a session, she felt the tension triggered by the trauma fall away.

Shuman had previously told her daughters, then 8 and 15, about her professional work in the cannabis space, but she kept her newfound personal use private — until her youngest caught her smoking on the balcony of their home late one night. Rather than lie, Shuman owned up, explaining how cannabis was more effective than antidepressants in treating her anxiety and depression. “It was probably one of the best conversations of my life,” Shuman, now 60, says.

I used to judge parents who used weed. Then I tried it.]

Kids see cannabis-promoting billboards and hear references to marijuana in popular music, so parents should take every opportunity to control their family’s narrative around cannabis, Shuman says. She suggests using these media depictions as a jumping-off point for a canna-conversation. “Let’s say you’re driving and you see a billboard or you see a dispensary,” Shuman says. “The very first question is to bring up the topic and ask them, ‘How do you feel about these dispensaries all over the place and do you understand what they are?’”

The discussions should be age-appropriate. For younger children who are accustomed to seeing their parents’ vape pens, bongs, edibles or other equipment, the conversation may focus on instructions not to touch those items and explaining that they are not for children, says Lizzie Post, co-president of The Emily Post Institute and author of “Higher Etiquette: A Guide to the World of Cannabis, from Dispensaries to Dinner Parties.” Older children may be clued into more details on why cannabis is unsafe for children. A study out of Montreal showed that cannabis use in adolescents can cause long-term memory and behavior impairments. (But in some instances, cannabis has been prescribed to children to treat the symptoms of epilepsy and cancer.) “Your kids are going to be different at different ages,” Post says. “That’s what makes it an ongoing conversation for families.”

For kids who ask “What’s a joint?” or “What is pot?” The post suggests a simple and clear answer such as, “It’s an herb I consume and when you’re old enough, you can make a decision for yourself whether you’d like to try it.” It’s important to stress that the herb is for adults only, however, granting them the freedom to consider it when they’re 21, the minimum age adults may use cannabis recreationally in states where adult use is legal.

Tanya Osborne fielded a similar question recently from her 8-year-old son. She is a longtime consumer and has worked in the cannabis industry for four years. She brings her son to cannabis-related events in her current role as the East Coast market leader for Women Grow, an organization empowering women leaders in the cannabis, leading him to ask, “Is weed the same as cannabis?”

“I never use the word ‘weed’ at home,” Osborne, 50, says. “I’m like, ‘Yes it’s a slang word for cannabis.’” She took the opportunity to ask her son if his classmates were discussing weed. They were, he said, and he was wondering why people consume it. “I told him it helps people as medicine,” Osborne says.

Denver-based therapist Sheryl Ziegler advises parents to inform their kids of their specific reasons for consuming, whether it’s to ease chronic pain or for mental health purposes. “I tell parents who have marijuana in the house, if they’re going to talk about it with their kid, they need to tell them the truth,” Ziegler says, “which is, ‘I have stress and I’ve tried other ways of dealing with it and this is one way of dealing with it that helps me relax. However, you can’t use this until you’re 25.’” (Some experts, like Ziegler, would advise young people to abstain from cannabis usage until they are 25, and the brain is fully developed.)

While canna-conversations with your family are private, discussions with other parents may be more difficult to gauge. Just as other parents would like to know if there are guns or alcohol in the home before a play date, Post says inquiring about cannabis is fair game. It’s important to be prepared for adverse reactions. For instance, in the 1990s, when there was much more of a stigma around cannabis, parents of Shuman’s daughters’ friends were hesitant to allow their kids over to her house, she says. To assuage these parents’ fears, she would invite the entire family over for dinner and explain her personal use and safeguards.

For parents concerned with the presence of cannabis in another household during a play date, Post suggests saying, “You mention you smoke or do edibles. I was wondering if I could have your permission to ask you some questions about that so I can feel comfortable in having the kids playing at the house.”

“You want to give respect to that and honor your own concerns,” Post says.

Like many other aspects of parenting, what someone shares regarding their cannabis consumption is up to them. “From an etiquette standpoint, it’s important to be respectful of whatever a parent’s choice is,” Post says. “Each parent is doing the best that they can to parent and be cannabis consumers.”

Allison Volpe is a freelance writer in Philadelphia. Find her on Twitter @allievolpe.