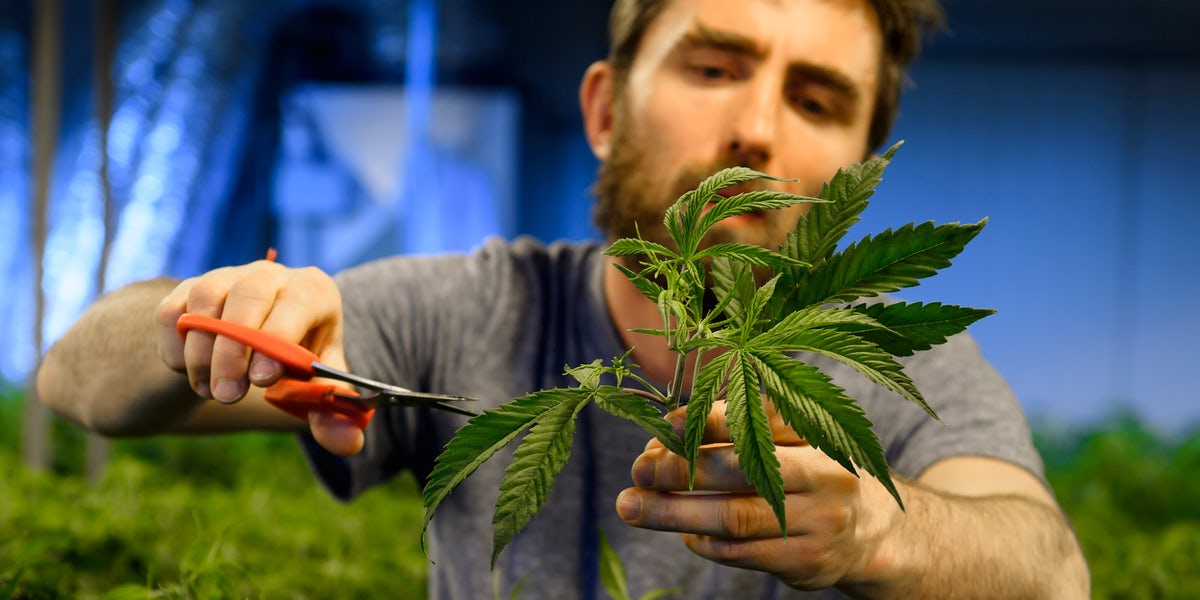 What is a Migraine?

Migraine pain is categorized as an intense pain that throbs or pulses in a specific spot on the head. The pain is crippling and is often accompanied by nausea, vomiting, and sensitivity to light and/or sound. Migraines affect 10 percent of the global population and are three times more common in women than men, according to the NIH.

Migraines are often onset by triggers, including stress, insomnia, hormonal changes, bright or flashing light, even certain smells – it depends on the person. One-third of chronic migraine sufferers can predict when a migraine is coming because they see an “aura.” Also unique to the individual, these “auras” can appear as flashing lights, zig-zag lines, or temporary loss of vision.

The Endocannabinoid System: How is it Involved?

Cannabis and its tinctures have been used to treat headaches, including migraines, for hundreds, possibly thousands of years. That’s because our bodies’ own natural endocannabinoid system (ECS) plays a crucial role in who suffers from migraines.

The ECS is our largest regulatory system, controlling everything from pain to appetite. The body produces its own cannabinoids and also has cannabinoid receptors in nearly every cell in the body. Anandamide, sometimes known as the bliss molecule, is the body’s natural version of THC. Interestingly, a 2007 study found that regular migraine sufferers had below average levels of anandamide. This has led some researchers to believe migraines are caused by an endocannabinoid system deficiency.

Neurologist and cannabinoid researcher, Dr. Ethan Russo, used this evidence along with other studies to create his “Clinical Endocannabinoid Deficiency” theory. Basically, this theory says that a lack of natural endocannabinoids can cause an array of health problems, including migraines and fibromyalgia.

CBD for Migraines: How Does it Work?

This is where CBD for migraines comes in. Because migraines might be caused by an ECS deficiency, supplementing your ECS with a daily dose of cannabis makes sense, right? That’s why many people are turning to CBD for migraines. They’re taking a daily dose of CBD as a preventative measure to keep migraines at bay. This can be done by putting some CBD oil in your morning coffee, smoking or vaping a strain high in CBD each day, or whatever your preferred method of consumption may be.

Although research is limited on the matter, there was one study from 2017 that showed cannabis was a more effective treatment than prescription drugs for migraines. Participants in this study were given a combination of THC and CBD for migraines every day for three months. They not only experienced a 55 percent decrease in pain, but that pain relief was more effective than regularly prescribed migraine and cluster headache drugs. What’s more, participants using THC and CBD for migraines had fewer side effects, like stomach and muscle pain, often associated with the prescription meds.

A 2015 survey in California found similar results. Care By Design surveyed medical marijuana patients and found CBD for migraines decreased pain in 100 percent of cases. You read that correctly: 100 percent. For some perspective, they also found that CBD helped other ailments an average of 50 percent.

Marijuana use higher among white New Yorkers, though 94% of pot busts are people of color