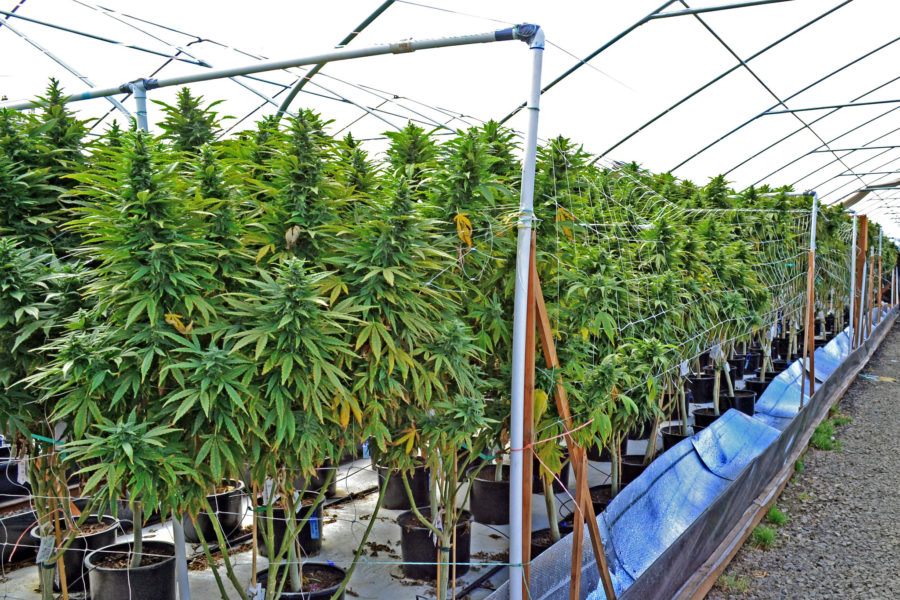 After it became evident in 2016 that the winners of coveted licenses to grow and process medical marijuana in Maryland were almost all white, the state declared something of a do-over — it increased the number of possible licenses and said it would give minority-owned businesses and those based in economically disadvantaged areas a bump up in their attempt to get into the lucrative new industry.

But the new application process has been anything but smooth, and is currently being held up by a lawsuit alleging technical mishaps, as well as renewed complaints from minority entrepreneurs who say they’re being shut out by bigger out-of-state players who aren’t actually minority-owned.

At stake, they say, is a chance to enter a medical marijuana market that already has 84,000 registered patients — and could be the launching pad for recreational sales if those are made legal.

The Maryland Medical Cannabis Commission insists it is working to ensure that future growers and processors are diverse, and that some of the concerns that have been raised stem from “misinformation.” But black state lawmakers have gotten involved, and are demanding everything be put on hold while additional investigations of applicants and the process itself are completed. On Thursday, they met with the attorney general’s office.

“We have a fight on our hands,” says Del. Cheryl Glenn (D-Baltimore City), one of the state legislature’s primary proponents of the medical marijuana program — and of diversifying it. “I’m not accepting anything less than what we agreed to. Because it’s not fair for black people and other minorities to be intentionally kept out of the multi-trillion-dollar industry.”

It was Glenn who wrote the 2018 bill that added 14 new licenses to Maryland’s medical marijuana industry: four for growers, 10 for processors. The bill also gave minority applicants and groups from economically disadvantaged parts of the state preference points, a reaction to a state-commissioned study that found stark disparities in who got licenses the first time around — and who lost out.

“There was clear evidence that certain minority groups and women were disadvantaged within the medical cannabis program, and that specifically African Americans and Native Americans were members of the most disadvantaged groups,” says Will Tilburg, the interim director of the Maryland Medical Cannabis Commission.

And those disadvantages had a cost: many minority entrepreneurs were shut out of an industry that has produced $178 million in retail sales since it kicked off in late 2017, including $86 million this year alone.

“This was beyond just competitive licensing,” recalls Shanita Penny, a marijuana consultant and former head of the Minority Cannabis Business Association. She helped two groups apply for licenses in 2015. “Folks were very significant political donors, connected otherwise, and significantly capitalized. What appeared to be a very straightforward state process like any other state contract was really not that.”

Spurred by the legislature’s bill, the new application process opened earlier this year, and more than 200 hopeful growers and processors submitted their applications by mid-summer. Among those was Greener Good, a minority- and woman-owned company that purchased 23 acres of land on the Eastern Shore to grow marijuana.

“This particular drug has so impacted our community,” says Donnie Waters, a Salisbury-based business consultant and partner in the venture. “Now this is an opportunity to take this drug which now has medicinal purposes and shift the whole trajectory in our community by providing decent paying jobs, providing medical benefits to community, and providing a way out for some of our youth and others in our community.”

But in late September, Waters got word that their applications hadn’t been ranked high enough to land them a license. And Glenn says she started hearing much the same from other black-owned entrepreneurs she knew had also applied.

“No African American company that I am aware of received a positive letter from the commission indicating that they were in the top tier,” she says. “What we are hearing is that these big, well-funded, billion-dollar hedge fund companies have partnered up with African Americans or other minorities to be the front for their company to say that they have a majority-minority ownership. Our bill was not done for that purpose. We never intended to expand the footprint of white-owned companies.”

Glenn and other members of the Legislative Black Caucus wrote the commission late last month asking for it to delay granting any licenses until some of the concerns they heard could be investigated. But at the same time, another hiccup hit: a judge in Montgomery County stopped the whole process pending the outcome a lawsuit from another applicant alleging that technical mishaps in the online application process had left them out of the running altogether.

New Round Of Applications ‘A Success’

Tilburg worries that many of the concerns around the applications are being fueled by what he calls “misinformation.” He says all the applications were scored by outside experts at Morgan State University, and that the commission is still working to investigate Glenn’s claims that some top-ranked applicants may not be who they say they are.

“We’re trying to confirm the accuracy and truthfulness of certain aspects of the application. Included in that are the race-conscious and race neutral points. Is a majority ownership interest held by qualifying individuals?” he says.

But Tilburg says that, despite some of the criticism the commission is getting, this new round of applications was a “success” and is meeting the goal of diversifying the state’s medical marijuana industry.

“More than 90% of the applicants were what would we would term as disadvantaged equity applicants, which is a complete reversal from the 2015 application process, where it was only about 10-15% of applicants,” he says.

But Glenn isn’t satisfied yet. She and other members of the Legislative Black Caucus are meeting with Frosh today to discuss the situation, and wrote the commission this week asking that it put the whole process on hold pending an investigation. They also raised another potentially troubling allegation: that a relative of the commission’s former director applied for a license.

“The bottom line is if the status quo stays in place, we’re concerned that we still won’t have the diverse ownership,” she says.

As for the commission, it said in a court filing last week that it has no intention of granting any licenses within the next month. And Tilburg says there’s a chance an outside firm will be hired to investigate the top-ranked applicants and assess the whole application process.

As for Donnie Waters, he says he just wants a fair chance to get into Maryland’s fast-growing medical marijuana market.

“The first round, there were no minority-majority owners that won licenses. And this time around, when this was specifically targeting developing and opening it up for minorities and African Americans, the system was still gamed by larger corporations who have come in and secured several of these licenses,” he says. “We just want things to be level and equitable.”