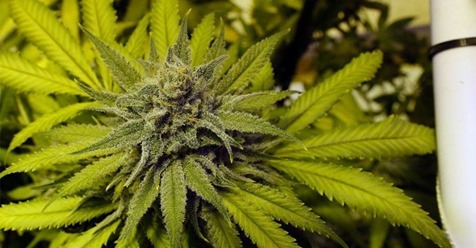 Maryland is barred from issuing any additional licenses to companies for growing and processing medical cannabis until Oct. 17, a judge ordered Friday.

Montgomery County Circuit Court Judge Ronald B. Rubin extended a temporary restraining order that was due to expire Monday night. The restraining order was sought by a company, Remileaf, that was not considered for a cannabis license after missing a deadline. Remileaf contends it filed its application on time.

Judge bars Maryland marijuana commission from issuing more licenses over concerns application process was flawed »
The Maryland Medical Cannabis Commission had planned to issue four licenses to growers and 10 licenses to processors on Sept. 26. But the commission postponed awarding the licenses after the restraining order was issued and the Legislative Black Caucus of Maryland raised questions about the fairness of the evaluation process.

In court documents arguing against extending the restraining order, state lawyers for the commission wrote that the commission wouldn’t issue any licenses for at least 30 days.

The additional licenses were mandated by a 2018 state law with a goal of bringing more racial and gender diversity to the industry. More than 200 applications were submitted for the 14 licenses.

Why Building Intellectual Property In The Cannabis Industry Is So Difficult