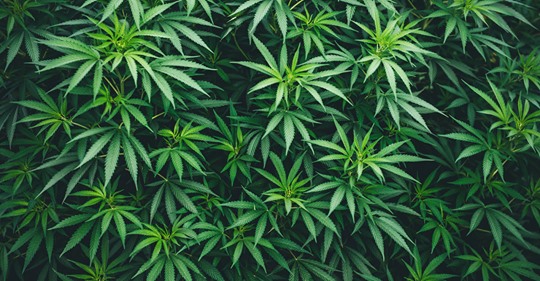 A man caught driving with more than a thousand marijuana plants in his vehicle told police they were “peppermint,” according to reports.

Spanish police arrested the unnamed 34-year old on Sunday in the Arganzuela district of the capital Madrid after pulling the man over for a traffic offense.

During an inspection of the van, police officers seized €600 (around $660) in cash while also finding a contract for the purchase of a boat and a navigation license.

Police say they stopped the van during a routine patrol of the area when they spotted the driver performing an “irregular maneuver.”

After officers had asked the man for documentation, they noticed several suspicious packages under some sheets in the seat next to him.

The police then asked about these packages and the driver became visibly nervous, responding that they were simply plastic boxes.

However, when officers opened the boxes they found numerous marijuana plants. They also discovered many more in the trunk of the van.

After being found out, the man then claimed to the officers that the plants were actually “peppermint.” He was not able to explain where he had obtained the €600 in cash and the purpose of the boat contract. In total, police found 1,130 plants in the van.

Officers arrested the man at the scene for an alleged crime against public health. All drug-related crimes in Spain are designated as such, including growth, preparation, trafficking, promotion or illegal possession of narcotics.

Like many countries around the world, the sale and use of cannabis in public places is prohibited in Spain. However, the nation has long taken a relatively tolerant approach to drugs, particularly cannabis. For example, the personal cultivation and consumption in private areas is decriminalized.

This has led to the rise of several hundred cannabis social clubs or “associations” around the country that operate in a legal grey area. These non-profit organizations grow marijuana and sell it to registered customers.
In fact, the regional government of Catalonia in the north-east of Spain passed a law in 2017 which legalized, the use, distribution and cultivation of cannabis via the social clubs. However, Spain’s Constitutional Court overturned the law, ruling that it infringed on the powers of the state.

In the U.S., the use and possession of cannabis is illegal under federal law. However, recreational use has been legalized in 11 states, the District of Columbia, as well as the U.S. territories of Guam and the Northern Mariana Islands. The drug has also been decriminalized in a further 15 states and the U.S. Virgin Islands.

Marijuana use higher among white New Yorkers, though 94% of pot busts are people of color