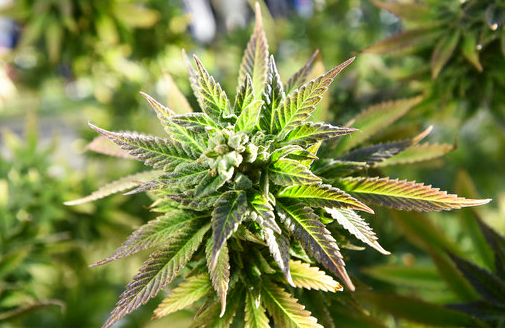 White people in New York City report smoking marijuana at a higher rate than black and Latinx city residents, though the vast majority of people arrested for low-level marijuana-related crimes are people of color, a new study by the city Department of Health revealed Tuesday.

Nearly a quarter of white city residents reported having smoked weed within the last year, according to the report, which documented use from 2015 and 2016 and is the department’s first comprehensive report on cannabis use in New York City. That number is about 10 percent higher than reported use among black respondents and almost twice as high as reported use among Latinx respondents. The survey asked New Yorkers aged 12 and older about their cannabis use in within the last year.

“The Health Department’s study on cannabis use in our city shows what we have long known — that white people use marijuana at significantly higher rates than do black people and Latinos,” said Brooklyn District Attorney Eric Gonzalez, who supports marijuana legalization. “Yet nearly 90 percent of those arrested for marijuana possession have been black and brown people. This is why the Brooklyn DA’s office no longer prosecutes anyone for simple possession of marijuana.”

As DA, Gonzalez has moved to prosecute fewer and fewer low-level marijuana cases, including declining to prosecute cases in which people are caught smoking in public, unless they pose a threat to public safety, like smoking while driving. Gonzalez also introduced the first initiative in the state to allow people convicted of low-level marijuana charges to apply to have their criminal records erased.

Marijuana was decriminalized — though not legalized — in New York State in 2019, with the law going into effect in August. The law lowered fines and charges for possession of marijuana, though possession of more than two ounces is still punishable by criminal charges.

Citywide, through the first three months of 2019, low-level marijuana arrests plummeted, from 4,081 people arrested on charges of fifth degree possession of marijuana in 2018 to just 476 arrested on the charge between January and March in 2019, according to data from the New York State Division of Criminal Justice Services, provided by the NYPD. The reductions in arrests have been attributed to a changed tactic by the NYPD to give out summons instead of arrests in most cases of public smoking.

Through the first six months of the year, nearly 94 percent of all low-level marijuana arrests were of black and Latinx New Yorkers.

“This report’s data combined with NYPD data really paints the picture that something needs to change about how we talk about marijuana policy — and that decriminalization is not enough,” said Sheila Vakharia, deputy director of research and academic engagement for the Drug Policy Alliance. “If we see that they’re using at lower rates but getting arrested at higher rates that should be a big concern.”

How to use CBD Oil to stop migraines and headaches