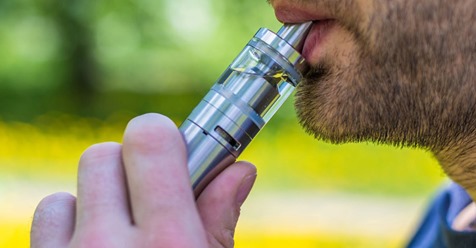 Vape products regulated by the Maryland Medical Cannabis Commission can no longer be sold if the product contains vitamin E acetate, a substance recently linked to lung damage.

A bulletin released by the commission Friday stated medical cannabis vape cartridges, including disposable vape pens, will require screening for vitamin E acetate before the product can be released to a licensed dispensary for sale to patients. The expanded compliance testing is effective immediately, and it applies to vape products that have passed previous compliance testing requirements.

The commission’s increased scrutiny applies to licensed medical cannabis processors and the independent testing laboratories for medical cannabis vape cartridges. Current licensees have reported to the commission that they do not manufacture any vape products using vitamin E acetate, but the regulators have nonetheless placed all cannabis-vape products currently available on “administrative hold” until the testing has been completed.

‘We’re being killed’: Maryland vape shops see sales fall due amid ‘confusion’ over related illness »
The Mary & Main cannabis store in Prince George’s County, for instance, told the Sun they had to contact their patients Saturday morning to explain why the commission’s “administrative hold” could delay vape cartridge sales. Although Mary & Main told their patients later that “extensive testing” had already deemed some of their cartridges “safe for consumption,” the commission’s bulletin stated, “any disruption to the availability of vape products will likely be limited to a few days.”

The commission did not respond to requests for comment Saturday afternoon.

The commission’s “preemptive safety measure” comes after the Centers for Disease Control and Prevention last week identified vitamin E acetate as “a chemical of concern” among people with an e-cigarette, or vaping products, use associated with lung injury. Although vitamin E acetate usually doesn’t cause harm when ingested as a vitamin supplement or applied to the skin in cosmetic products, previous research suggests inhaling vitamin E acetate may interfere with normal lung functioning.

US officials identify ‘strong culprit’ in vaping illnesses »
Federal research this month has found that vape cartridges containing tetrahydrocannabinol, or THC, the psychoactive component found in the cannabis plant or cannabinoid oil, also contain vitamin E acetate used to dilute the cartridge. Vitamin E acetate was also found in fluid taken from the lungs of 29 patients across the country who have each reported vaping-related lung injuries.

Even so, agency officials cautioned they cannot rule out all other toxic substances. Since October, the commission and the federal Food and Drug Administration have both urged the public not to use vaping products containing THC. The commission stated more than 1,000 people nationwide have developed severe lung injuries after vaping, including at least 23 cases in Maryland.

Frustration and pride in Canada after a year of legal pot