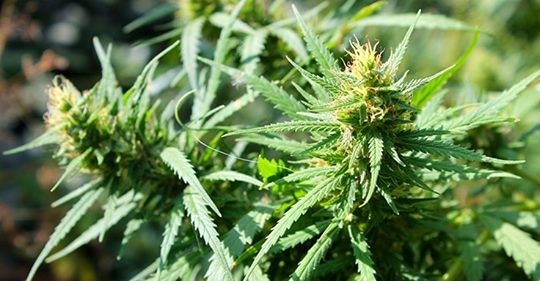 “I think the whole point is Gov. Cuomo has had an epiphany,” Joshua Horn, partner at Fox Rothschild and co-chair of the firm’s Cannabis Law Practice Group, told Cannabis Business Times. “About a year or so ago, he was not so wedded to the idea of a recreational program in New York, and over the past year, that’s changed. I think what you’re seeing with Illinois being a very populated state going to adult-use, it’s now jump-started attention. I suspect because New York and Connecticut are next to each other, they want to have some consistency in what they’re going to do because you want to avoid people going over the border, quite frankly. I think that’s just a strategy to have a united … approach so that there’s consistency about a potential rollout and a consistency in programs.”

Cuomo announced plans to discuss cannabis legalization with governors in neighboring states late last month, and initially discussed the issue with Lamont on Sept. 25. The two then announced a joint state partnership to develop a uniform approach to the vape crisis and a legal cannabis program.

“We are serious in this state about legalizing recreational use of marijuana, but it has to be done right,” Cuomo said in a public statement upon his meeting with Lamont last month. “At the same time the federal government has refused to step up during this vaping crisis, so it is up to the states to develop policies that will help keep people safe. Policies governing vaping products and recreational marijuana will require regional symmetry because it makes little sense for one state to do something if a neighboring state has a totally different policy—without coordination, you end up incentivizing people to drive over the border to buy a different or cheaper product. I thank Gov. Lamont for working together on this issue and look forward to advancing this conversation during the upcoming summit.”

Some have been critical of the summit, however, interpreting it to be an attack on how the federal government has handled—or not handled—cannabis policy reform, according to Bill Caruso, an attorney with Archer & Greiner and a member of New Jersey United for Marijuana Reform.

“There are some cynics … that have been critical of this summit, that it was four Democratic governors basically throwing bombs at the federal government and, more directly, the Trump administration, for a lack of plan related to vaping, related to the racial and social aspects of marijuana reform, and, obviously, the legalization issue as it comes to both medical and legal cannabis,” Caruso told Cannabis Business Times. “That was really the focus of the summit in broad strokes. There was a little dig in there from Cuomo about, ‘We’re in a boat on our own here and no one is coming to help us.’ Whether you take that as a partisan shot or a factual statement, it’s kind of true. States need to deal with this vaping crisis right now. As it’s come to cannabis, both medical and adult-use, the states have been leading the way on that.”

In Caruso’s view, the summit tackled an interesting idea: that states can come together to find a plan that works for an entire region in the absence of federal guidance.

“I thought what was unique about this effort is you have four adjacent states coming together and going, ‘Why not work together? Why not figure out a plan that works for all of us and set some guidelines so that, within this region, there’s some commonality here?’” Caruso said. “I don’t think that’s a bad idea. I think that’s a neat regional approach. I wish we were doing that on other things, like economic incentives and other issues.”

For Horn, the summit also represents leadership in these states recognizing that legalization is largely inevitable.

“The horse has left the barn,” he said. “Particularly because Illinois went and you have Massachusetts [legalized], states are going to start to drop. … That’s why I think you’re seeing a concerted effort in New York and Connecticut because they see the writing on the wall. It’s coming, and it’s a race to see who’s going to do it as fast as possible and in as user-friendly a way as possible. … I think it’s just one of those reflections that it’s going to happen—it’s a matter of when.”

Individually, all four states have been working on individual policy reform and legalization efforts for quite some time.

New York passed a decriminalization measure earlier this year, which Cuomo signed into law in July, although efforts to legalize adult-use cannabis in the state stalled in the legislature in June.

Connecticut also failed to pass an adult-use legalization measure this year, when the General Assembly declined to vote on the legislation before the legislative session ended in June.

A similar story played out in New Jersey, when Senate President Steve Sweeney announced in May that he was abandoning legislative legalization efforts and instead turning the issue over to voters with a 2020 ballot initiative.

Following this initial cannabis summit, Horn expects the governors to have their delegates investigate adult-use programs around the country to find what is working well and what isn’t—and to then craft legislation that will work for their states.

“If you look at all the medical programs around the country, there’s a lot of picking and choosing, taking a little from this state, taking a little from that state,” Horn said. “I think that’s what you’re going to see here, to try to come up with [a] refined program. If you look at Illinois’ statute, it’s 610 pages long—that’s insanity. There’s so much more to it than just adult use. If you look at the bill that was just proposed here in Pennsylvania [last] week, it’s 35 pages and it’s pretty short and sweet. I suspect New York and Connecticut will be somewhere in between. A lot of these adult-use bills have a very significant social justice component, and I would expect to see that in New York and Connecticut, as well.”

More broadly, the governors’ meeting last week is the first joint effort between state administrations to take a more uniform approach to cannabis policy reform, which is a much different approach than the piecemeal of state laws that have previously been rolled out across the country.

“What I hope to see are some unified approaches … in terms of regulation and laws that are passed to address each of these topics,” Caruso said. “Therefore, you would see a critical mass instead of a patchwork quilt of each state having different plans—a commonality between these four critical states in the nation when you talk about this northeast corridor here. You’ve got some important states in the mix that could set an agenda for broader policy reforms across the nation.”

And, ultimately, a unified approach in regions across the nation could force the federal government to finally take action and reform its own cannabis policy, Caruso added.

“Hopefully it will span not just four states, but 15 states in a region, and on a national level, it would instill reform if the majority of states adopt a policy, like we’ve seen with medical cannabis now, where 30-plus states in the nation have some form of a medical cannabis effort in their state even though there’s nothing at the federal level,” he said. “That will force the federal government to adopt their own policies and act. So, this is a good effort. This is a good effort to address the change that’s needed.”