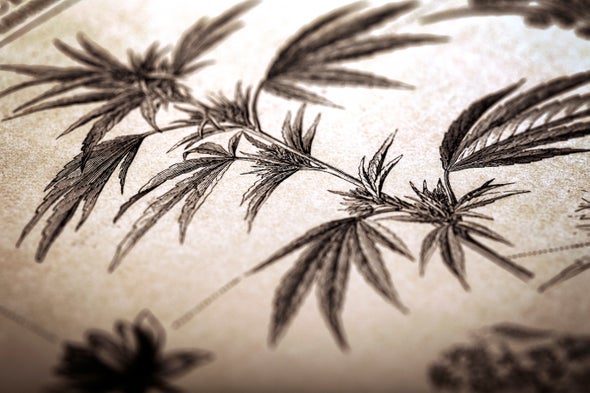 A repeated warning about Marijuana use in the post-hippie era is to be aware that what you’re smoking or ingesting isn’t your grandparents’ cannabis. Humans have worked hard in recent decades to produce strains with powerful doses of tetrahydrocannabinol, or THC, the psychoactive component of the plant. The result is a surprisingly intense high that famously sent New York Times columnist Maureen Dowd into a spiral of paranoia after she ingested a cannabis-laced chocolate edible one fateful evening in Colorado.

A superstrong strain of pot might overpower unwitting baby boomers, but all of this might just be a case of déjà vu. Today’s herb could be somewhat like cannabis that people cultivated about 2,500 years ago in Central Asia, a plant also bearing high levels of THC.  Research published June 12 in Science Advances offers the first evidence that humans around that time not only used cannabis for the high it offers but also selected strains for their THC-packed psychoactive power, burning them in mortuary rituals. The find represents some of the oldest documented use of cannabis for its mind-altering effects. “I am impressed by this new and important discovery,” says Tengwen Long, an assistant professor, and environmental archaeologist at the University of Nottingham, Nimbo campus, who was not involved in the study. “It offers us very important data concerning humans’ close interaction with the plant.”

This earliest example of humans burning Cannabis/Marijuana in a purposeful way was uncovered as researchers worked on solving the mystery of ancient wooden burners found at a cemetery site in the Pamir mountain range in eastern China. The burners, dating to about 500 years B.C., were charred. Samples of the char revealed compounds that develop when people living in the region burned cannabis.  Furthermore, the estimated levels of THC in these samples were higher than wild cannabis would normally produce, suggesting intentional cultivation of the plant for its psychoactive powers.