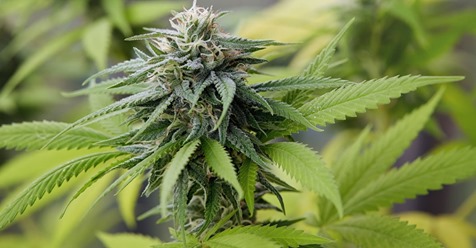 RICHMOND, Va. — Virginia Attorney General Mark Herring will host a cannabis summit one week from Wednesday ahead of the start of the 2020 General Assembly next month.

“The reason that I’ve organized this cannabis reform summit is to bring lawmakers and policymakers together to hear from experts and folks from other states who’ve had experience in this to share that information to give them the tools and information they need in order to craft a good plan for Virginia going forward,” said Herring (D).

With the Democrats taking control of both the House and Senate of the General Assembly, along with already controlling the Governor’s mansion, there are expectations that the party will pass legislation on issues that has failed in the past.

This includes the possibility of decriminalizing or legalizing marijuana, both of which Herring has voiced support for.

“Now that that’s changing, I think there’s a real opportunity that this new Democratic majority will pass real meaningful reform,” said Herring. “I hope at a minimum that means decriminalization of possession of small amounts and addressing past convictions. I also hope that it puts on a path to make a concrete plan for how Virginia could move to legal and regulated adult use.”

So far, only one piece of legislation has been filed for the 2020 session. SB 2 would decriminalize simple marijuana possession and caps a civil penalty of no more than $50. The bill would also raise the amount of marijuana needed to be charged with distribution or possession with intent to distribute to one ounce versus half-an-ounce. The bill would also allow people to petition for expungement of their convictions.

“To move from just decriminalization to legal and regulated adult use does involve a number of big questions that we as a Commonwealth are going to need to have to answer. But, we can learn from the experience of other states and have that conversation and I feel confident that we can do it in Virginia. It will take some time and I think it may take a year or so of study to bring this information out, to wrestle with these policy questions,” said Herring.